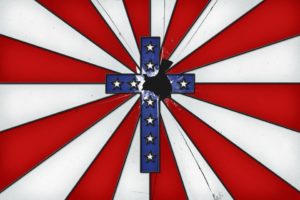 I encourage everyone to read the following article by Peter Beinart entitled “Breaking Faith“.

A few points stood out me, curious to hear your thoughts…

“Over the past decade, pollsters charted something remarkable: Americans—long known for their piety—were fleeing organized religion in increasing numbers. The vast majority still believed in God. But the share that rejected any religious affiliation was growing fast, rising from 6 percent in 1992 to 22 percent in 2014. Among Millennials, the figure was 35 percent.”

– How has this changed our politics?

“When pundits describe the Americans who sleep in on Sundays, they often conjure left-leaning hipsters. But religious attendance is down among Republicans, too.”

– Is it surprising that church/synagogue attendance is down amongst both liberals and conservatives?

“Establishing causation is difficult, but we know that culturally conservative white Americans who are disengaged from church experience less economic success and more family breakdown than those who remain connected, and they grow more pessimistic and resentful.”

“In 2008, the University of Iowa’s Benjamin Knoll noted that among Catholics, mainline Protestants, and born-again Protestants, the less you attended church, the more anti-immigration you were.”

– I was struck by this stat, do we think this applies to the Jewish community as well?

– I wonder how this has changed their mission/vision? Black Lives Matter in their platform has the following statement “In addition, approximately 3 billion dollars in US aid is allocated to Israel, a state that practices systematic discrimination and has maintained a military occupation of Palestine for decades. Together with aid to Egypt — Israel’s most important regional ally — this figure represents nearly 75 percent of all US aid dollars.” If this had been built out of the church would this have been the same?

“As evidence of “the power of the spiritual approach,” she cited the way family members of the parishioners murdered at Charleston’s Emanuel AME church forgave Dylann Roof for the crime, and thus helped persuade local politicians to remove the Confederate flag from South Carolina’s Capitol grounds.”

– the argument being that “grace” and “forgiveness” came from the families background in the church.
Interesting conclusion “For whatever reason, secularization isn’t easing political conflict. It’s making American politics even more convulsive and zero-sum.”

really want to hear your thoughts!!