From time to time folks tend to ask what I am reading. With summer upon us, I figured I would throw out a few books that I have enjoyed over the past few months.

“The Second Mountain: The Quest for a Moral Life” by David Brooks – I am currently in the midst of finishing this book up, but have had an extremely hard time putting it down. I also encourage you to listen to the 92nd Street Y Podcast where David Brooks talks about the book. 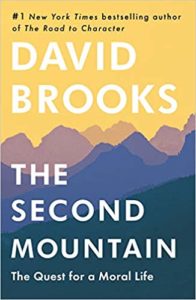 “Faith or Fear: How Jews Can Survive in a Christian America” by Elliott Abrams – Jewish continuity is a topic that continues to challenge the Jewish Community. While I do not always agree with Abrams positions throughout the book, they are no doubt meant to provoke deep thought and engagement with the reader. 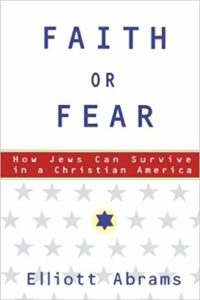 “Fragments of the Brooklyn Talmud” by Andrew Ramer – This was a fantastic read and does a remarkable job at blending fiction with deep Jewish scholarship. The Amazon summary reads:

“Eighty years from now, in a time of increasing environmental degradation and after one-sixth of the Earth’s population has died in a vast pandemic, a noted woman rabbi in Brooklyn hosts a convocation for Jewish clergy and scholars from every background to create a new Talmud for living in such dangerous times. Over the course of five years, the attendees work to compile a text in multiple genres—but their text is never completed.

Eighty years later, a single laptop is discovered that contains fragments of their text—and that is what this book contains. There are poems, stories, legal texts, and conversations, on belief, practice, liturgy, all designed for beleaguered people living in what seems to them the end of time. There are texts of hope, humor, despair, rage, and simple witnessing of the dying world around them (which may or may not be our world).” 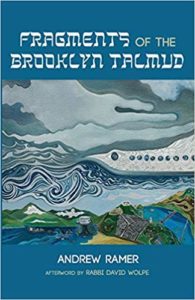 “When Things Fall Apart: Heart Advice for Difficult Times” by Pema Chodron – “Pema Chödrön is an American Buddhist nun in the lineage of Chögyam Trungpa and resident teacher at Gampo Abbey in Cape Breton, Nova Scotia, the first Tibetan Buddhist monastery in North America.” This book was a bit outside my comfort zone, but it was an absolutely amazing read. While I believe Judaism has a great deal to say on all topics, Pema Chodron’s wisdom, taken from the Buddhist tradition, on dealing with pain, suffering, and uncertainty can be helpful to those who have deep faith, to those who are still searching. 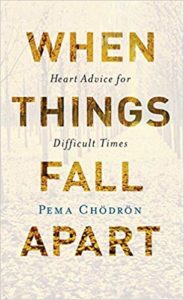 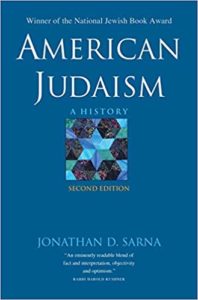 “Rescue Board: The Untold Story of America’s Efforts to Save the Jews of Europe” by Rebecca Erbelding – A few months back Matthew Hansen at the OWH wrote an excellent article entitled “An Omahan saved countless Jews during the Holocaust, then faded into oblivion” The article talks about John Pehle who helped save tens of thousands of Jews through his work on the “War Refugee Board.” The article is based upon the work of Rebecca Erbelding, a worthwhile read. 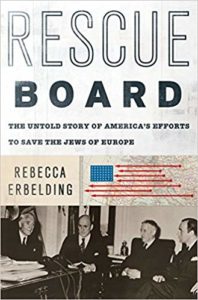 Please comment on the post or email me and let me know what you are reading over the summer.