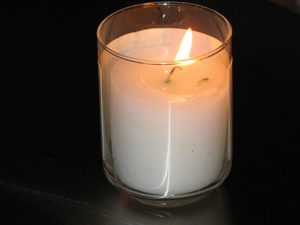 Over a decade ago Rabbi Paul Drazen z”l was looking for ways to attract more members to come to synagogue and more specifically be willing to take an aliyah (honor of being called to the Torah) on Shabbat morning. Rabbi Drazen along with the ritual committee instituted a policy of having the 5th Aliyah being specifically for those celebrating a Simcha (happy occasion) a birthday, anniversary, going or returning from a long trip, etc. Following the aliyah, the clergy would say a misheberach (special blessing for the occasion, most commonly for those who are ill, but there are special blessings that have been written for happy occasions as well). It was and continues to be a very nice aspect of Shabbat morning services as congregants can choose to come up for the aliyah on their own accord and celebrate with their community. Beth El has continued to send out Birthday and Anniversary cards to congregants wishing them Mazel Tov and offering them the opportunity to come to Shabbat morning services and take the 5th Aliyah.

In addition to the 5th Aliyah, the synagogue made the 3rd Aliyah the Yahrzeit Aliyah, specifically for those who are commemorating a Yahrzeit in the upcoming week. In many congregations, including Beth El on the actual Yahrzeit date family members come to shul to say Mourners Kaddish. It is also a tradition in some synagogues for the service leader to do the El Malei prayer in memory of deceased, also a very nice tradition, but not one done at Beth El. For the past decade or more the 3rd Aliyah has been reserved for those commemorating a Yahrzeit, however every week I was left with an empty feeling following the aliyah and I could not put my finger on it till I was visiting a friends congregation in Los Angeles. While in a slightly different manner, this congregation following their version of the Yahrzeit Aliyah and Shabbat Mincha (afternoon service) the rabbi asked the individual taking the honor to say a few words about the person for whom they were memorializing. It was at that moment I realized that it was the personal story of hearing about the deceased that was missing from our experience at Beth El.

Starting in February the Hazzan and I made the change that after the 3rd Aliyah we make the offer (no one needs to share) to those present to say a few words about the individual(s) they are taking the aliyah in memory of. Personally, this subtle change has brought forth a flood of emotions, first I am amazed each week when congregants allow themselves to be vulnerable, talking about their loved ones and second the stories you hear are moving and give the congregation a bit of history to the names we hear being read throughout the year.

There are many ways for us to memorialize those who we have loved and lost. At Beth El we hope that the tradition Rabbi Drazen began can continue to evolve allowing both the mourner and the congregation a glimpse of who we are, by hearing a little about those who helped shape our lives.